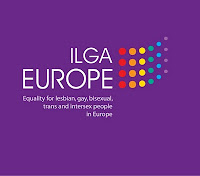 Paata Sabelashvili, board member of ILGA-Europe’s Executive Board and a leader of the Inclusive Foundation in Georgia, has been released and is now recovering after nearly two weeks detention.

Linda Freimane, Co-Chair of ILGA-Europe’s Executive Board said:
“We are relieved and happy Paata is free and well. We want to thank all organisations and individuals across the world who supported Paata and campaigned for his release.”