The Council of Europe Commissioner for Human Rights, Thomas Hammarberg, has published a viewpoint on homophobic and transphobic bullying.

In schools across Europe young persons are being harassed because of their sexual orientation or gender identity. Homophobic and transphobic bullying is an every day reality in the lives of many. It is time to react – especially in view of several national studies and reports warning that there have been a number of suicides among young lesbian, gay, bisexual and transgender (LGBT) persons feeling rejected by their peers and families.

The scope of this problem appears to be large. A study in the United Kingdom showed that nine in ten secondary school teachers had witnessed children being subjected to homophobic bullying in their schools. Among primary school teachers two in five had made similar observations regarding children at this very early stage.

Such studies have also demonstrated that children in primary schools use homophobic remarks alarmingly often. They pick up and repeat negative jargon, most often without even understanding what the words refer to.

My recent report “Discrimination on grounds of sexual orientation and gender identity in Europe” contains numerous examples of how factually wrong information about LGBT persons is disseminated – sometimes also by schools themselves. This is a serious problem and may contribute to bullying and to cementing homophobic and transphobic attitudes.

The World Health Organization removed homosexuality from the International Classification of Diseases in 1990. Despite this, prejudices and misunderstandings have too often lived on in teaching programmes.
Only this past summer was a decision taken in “the former Yugoslav Republic of Macedonia” to revise a school textbook describing homosexuals as “neurotic and psychotic persons” with an “abnormal, unnatural and degenerated sexual life”. From Lithuania I have received information that children have been taught that homosexuality is a sickness and that same-sex relationships destroy families.

In 2009 the European Committee of Social Rights set an important standard in its review of a complaint against Croatia regarding the content of a school biology textbook which was held to contain prejudiced information. The Committee found that “Certain educational materials which are used in the regular teaching programme are biased, discriminatory and degrading.” Croatia withdrew the textbook as a result of the Committee’s findings, though NGOs in the country still report similar problems with other textbooks.

Some member states have taken encouraging initiatives. A national action plan in Norway targets schools at both primary and secondary level and has added an LGBT dimension to subjects in the mainstream curriculum. In Estonia the national study curriculum provides a basis for discussions on LGB issues. UNESCO is initiating an international consultation on homophobic bullying in educational institutions. NGOs conduct indispensable anti-homophobic bullying campaigns such as the Irish ‘Don’t stand for homophobic bullying’ initiative.

There is a strong need to review curricula and teaching materials in all member states of the Council of Europe. This was also emphasised in a Council of Europe Committee of Ministers Recommendation which called on member states to provide “pupils and students with the necessary information, protection and support to enable them to live in accordance with their sexual orientation and gender identity.”

It is an obligation for all schools to protect their students from bullying and to teach respect and openness. School personnel need thorough training concerning non-discrimination issues. One important tool in this regard could be the Council of Europe training pack on violence reduction in schools.
Policy makers and school management need to give strong support to teachers in order for them to have the means and resources to create a healthy and inclusive environment in schools and classrooms. 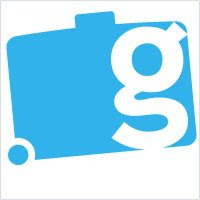 We recently learned with shock and regret of discriminatory remarks that Shushanik Arevshatyan has made about gays and lesbians on the radio station's official website/blog. This puts Ginosi.com as a corporate sponsor of Radio Van in an awkward position not only with respect to our gay and lesbian customers, employees and business relations but also as a company that views corporate social responsibility and equal opportunity in its business practices as a top priority.

This letter is to inform you that having received this information, we are disappointed and feel put down by your organization. We feel necessitated to suspend all future sponsorship plans for Radio Van effective immediately. Furthermore, this experience has forced us to review our own due diligence process with respect to our corporate sponsorship programs. Namely, we will work to put procedures and processes in place to ensure that we will never again unknowingly finance bigotry.

With this letter we say good bye to Radio Van and finally, we believe that a public apology by Radio Van to the LGBT community is in order.